The weather's been a bit on the lovely side this weekend in my neck of the woods.  So nice in fact that it spurred me into doing something I've been putting off for over a year.

Sorting out our back garden.  Ugh.  I know there are plenty of people out there who consider a day pottering about the garden as a lovely way to unwind.  I am not one of those people, and ours is not one of those gardens.

It's hard to describe it; such is the unique and dazzling combination of surfaces, textures, materials and plant life that I'm at a loss of suitable descriptors.  I could summarise, I suppose, by saying it looks like an industrial wasteland.  But with much more cat poo.

I don't like cats anyway, I don't trust them, but now they've started using my garden as an impromptu litter tray I like them even less.  They even look me in the eyes as they're doing it sometimes, mocking my inability to get from the kitchen to the garden in time to chase them off.  But I digress, this isn't a post about cats.

It's not really a post about gardening either, despite the fact I spent a lot of my weekend dripping with sweat and wielding a spade, turning over the "soil" in preparation to seed a new lawn.

This is a post about my neighbour.  I can not be in my garden for more than a few minutes without her coming out for a chat.  This is NOT GOOD.  My neighbour is unfailing friendly, maddeningly friendly.  But worst of all, disarmingly friendly.  She asks questions, and though I don't like her, don't want to tell her the answers, I do.  Because she asked so nicely.  She should consider a role with MI6, she'd be brilliant interrogating people.

So, when she asked how my wife was, instead of saying "yeah, good ta, now will you please leave me alone?" is said "yeah, good ta, we're expecting our first baby in a couple of weeks so she's pretty tired a lot of the time but..."

She cut me off with a sort of squeal.  I thought she was broken.  Actually, it was excitement.

And then, from a person who I could happily end my days without ever allowing to cross the threshold of my home: "Would it be okay if I came over to see the baby when it's born?"

"It's alright, I only like them when they're really little, up to about fourteen weeks, so I won't bother you for too long"  Well.  That's fine then, obviously.

With that, plus a quick lesson on how I was digging my garden incorrectly, she was gone.

I was left wondering how I'm supposed to say no to people like that.  Not just her, but the colleagues, and vague acquaintances who will probably all want to come and visit the baby when he arrives.  I'm not talking about family and good friends here, and of course I'll want people to come and see the little guy.  But I won't be wanting a house chock full of people from the moment the baby is in it.

So what's the etiquette?  How many times can I put off the neighbour from visiting before it's obvious I'm stalling?  Could I make it to fourteen weeks, so she loses interest?

At least I got the garden dug over okay: 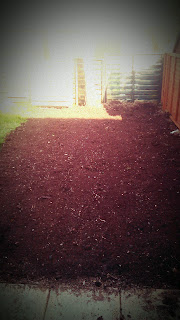